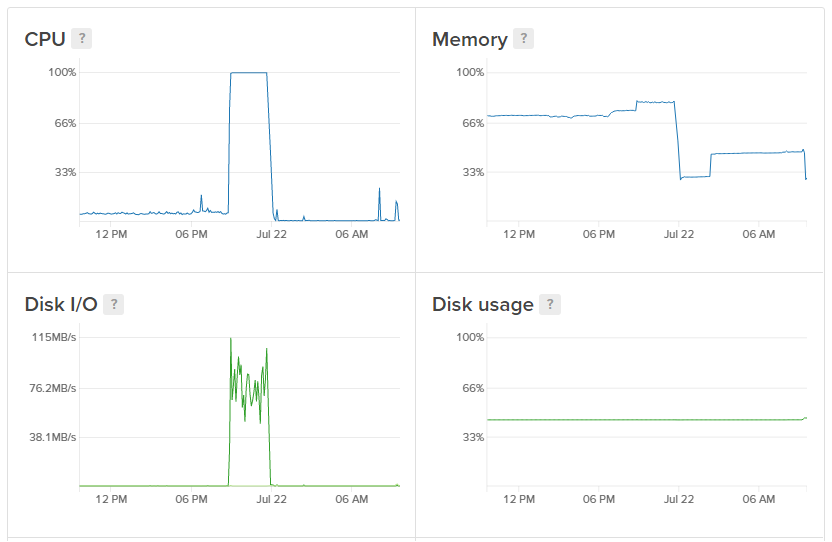 Yesterday i faced a problem trying to access one of my web pages in my server (At that time, no monitoring service had been installed in the server).

Then, i was trying to remember, what were my last movements throug the server,  and i realized that the last thing i was doing, was to review my docker containers.

Trying to fix it as soon as possible, i reboot the server and expanded the ram memory (i didn’t know what was the root cause of the problem at that time).

Today, i needed to be sure of what had been the main problem, and for that purpose i tried the following:

First i review my logs:

I realized that “syslog” file hadn’t that interval.

But i found a huge amount of UFW messages (that was ok, since my UFW was working and blocking access to several ports of the server)

So, in order to avoid those message and to refine the output of the log:

Then, i realized that he root cause was an error with my dockerd:

Searching in the web, i found that was a Bug in my Kernel.

And the Bug was fixed for kernel 4.5